The first “official” pictures of the new Nikon D750 FX camera have been published online. Before the official announcement, these publicity photos were found online. The D750 appears to be similar in size to the D610 and D7100 with a similar layout. The camera does not have the 10-pin connector on the front as some suspected. It has the side-mounted remote port instead. We also see the buit-in pop-up flash and the mode dial similar to the consumer-series cameras (D610, D7100).

The D750 will be announced tonight, and as soon as it is official, you will be able to Prerorder the D750 online. Be sure to keep checking back for more details, they will be posted throughout the day and night. 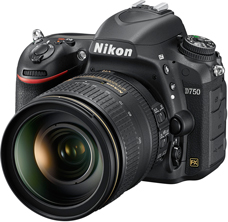